Foster Malm, 13, moves through one of Jamestown’s bustling markets with remarkable ease. Black iPhone covertly at the ready, he shoots off the hip, capturing unexpected market-goers moving through daily life. Although barely audible over the usual market place chatter, the camera shutter sounds off like rapid fire: close-ups of fresh tomatoes and onions, action shots of a passersby, way-too-close close-up of a woman sitting on a stool.

A market seller begins yelling at Foster in Ga. He understands, but doesn’t engage or acknowledge the indiscretion– this is just as much his world as it is hers. Born and raised in the birthplace of Accra, better known by locals as Ga Mashie, Foster started wandering through the markets by himself when he was just seven years old.

“My mother didn’t want me walking in the street,” he remembers. “But I don’t like walking around the market because I am small boy.” Now a student at Happy Days Academy, and standing at slight 5’2” (more or less), it would be easy to lose Foster in the crowd. However, his small stature makes him privy to a myriad of sophisticated perspectives and places that only a child could know.

We leave the market and head towards Bukom Square, a popular after-school hangout spot; Foster leads me through Asene Market Road. Children playing in the street call out to him, greeting him with a familiar handshake: slapping hands, hooking middle fingers, and finishing with a loud snap. “This is my place,” Foster smiles proudly. His tone shifts, “but there are no good places to play here.”

In a dense, chaotic urban setting like Ga Mashie, designated children’s spaces are few and far between for Foster and his peers. According to Foster, kids are often pushed out of the way by cars or busy adults. Streets are already flanked with sellers peddling kenkey, women bathing babies and washing clothes in buckets, and other spillovers from home life. Ad-hoc play sites are not free from the day’s externalities. Foster distinctly recalls playing football at “ZLM”, the dilapidated 17th century colonial fixture, steps away from the UNESCO Heritage site Ussher Fort, and seeing the military parade by.

When we arrive, Bukom Square is nearly empty, save for a group of boys playing football. They have the whole square to themselves, but remain stationed underneath a canopy of tents in the middle of the square. They are careful to not let the ball outside of the shadowy perimeter, as if everything outside of the tented oasis were made of lava.

The dearth of seating structures and shade perhaps contribute to the void of leisurely outdoor activities, but Foster notes that children do find ways to amuse themselves. After school boys and girls flock to their common play spaces, like the small triangular football pitch around the corner from Happy Days, the beach, or Mantse Agbona, a public square overseen by the Jamestown Mantse, or King. However, in each of these spaces, activities adhere to entrenched gender divisions: boys enjoy playing football, though some queue up to rent bikes, and girls play ampe, a jumping and clapping hand game.

Foster, on the other hand, chooses to spend his precious after school hours at Brazil House, the Accra Dot Alt (ADA) headquarters and a stone’s throw away from Happy Days Academy. Between helping out the ADA team on casual afternoons and assisting with more high profile endeavors like the Chale Wote Street Art Festival over the years, Foster rubs elbows with Accra’s artists, creatives and bohemian intelligentsia– movers and shakers who employ artistic media to address pressing social and political issues.

Foster first discovered and developed his interest in photography using camera phones, and then he began using others’ professional cameras. Now, photography is one of Foster’s favorite hobbies.

It was through volunteering at this festival that Foster got his very own professional camera. Dean Hutton, a South African photojournalist and visual artist, spotted Foster’s interest and gave him his first gig, photographing their artistic performance at Chale Wote. After the festival, Hutton gifted Foster with a Canon G11 and photo printer. “The camera for me is so that he is able to engage responsibly with the world as a creator and so that he can make pictures independently, without being reliant on borrowing other people’s equipment to make pictures. It’s also a great way he can support his interests and a good way to make a living if he chooses to,” says Hutton.

Foster shoots on whatever he can get his hands on and also prints and sells some of his photos. In the past, he has used professional-grade DSLRs; on this day he is shooting on an iPhone 5S. Skillfully flipping through filters of the iPhone, Foster switches the camera settings to black and white, his favorite. While plenty comfortable hamming it up in front of the camera, the self-proclaimed “selfie king” maintains that he would rather be behind the lens. Some of his favorite subjects are his friends and family. “It’s fun when people dress nice and strike a pose,” Foster says.

Happy Days Academy – these are my classmates.

This lady, she works at the seaside, she has gotten fish and is drying it to eat with her child. She doesn’t have any job to do. Her job is going to the seaside to get fish to sell to use to buy food. She said I should take her face.

Foster’s Instagram account reads like a “Who’s Who” of Jamestown. He profiles teachers and community leaders with HONY-like vignettes, while also commenting on the down-and-out situations in a way that only a child can– earnestly. In one particularly affecting photo, Foster frames a sleeping homeless man lying on the sand surrounded by trash. “Some boys are like me, and that pains me,” he says.

This man, this is his home (he is homeless), he doesn’t have a home, so he sleeps here to get fresh air. Nobody will bother him here.

I ask Foster why he likes photographing Jamestown. “Pictures are very important,” Foster explains. “When something happens you can document it. So if a place has been destroyed, somebody will remember.” He’s referring specifically to the Sea View Hotel, Ghana’s first hotel that was built in 1903 and demolished in December 2015 to make way for yet another church. These developments, or rather demolitions, are indicative of the complex preservation-versus-progress tensions that are playing out across Accra’s rapidly changing cityscape.

It’s a drawing. I know the artist who did it but I forget his name. I like the way he did the drawing and it’s broken and the thing is down. This was part of the wall of Sea View Hotel. It was a hotel, the first in Ghana. They used to do outdoorings, weddings, and funerals there.

We visit the rubble and Foster searches through the heaps of debris hoping to salvage a fragment of the Chale Wote 2015 mural that graced the church– if only for a photograph. Unfortunately today he comes up empty handed. As we turn our backs on the Sea View Hotel, I ask Foster what he wants to be when he grows up. He thinks for a second. “I would like to be a photographer when I grow up. Or make movies. Or be a pilot,” he smiles. “I want to inspire others.” 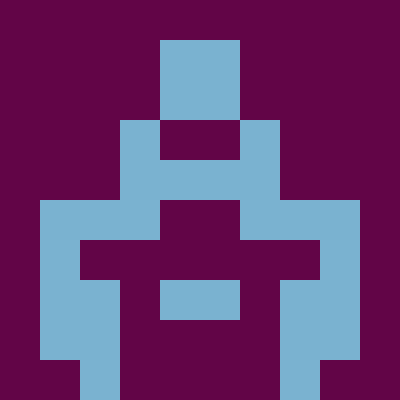 Arianna Friedman is an intern at African Urbanism. Her interests include urban development, culture and transnational spaces among other topics.
friedman.arianna@gmail.com