When I arrived to Cairo in September 2012 for my thesis, in my daily commute in and around the city, I had a fear that kept growing. It made me start my days with a prayer: “Oh God, dear God do not let my kids or me be in a need of an ambulance here.” I remember one day when I went to pick up my kids from school and found on the street a strange gathering of men, women and even kids. My five-year-old daughter pulled me to see what was going on: There, on the street, a man lay injured, bleeding, and waiting for the ambulance. The poor man was there for a while, and it was only 30 minutes after getting home that day did I heard the siren. If his injuries were thoroughly severe, he would have passed away already.

The man was in a need of an ambulance at the same time of the day when the streets are overcrowded with students returning home from school. After 1 p.m., streets like Abbas al-Akkad and Mustafa al-Nahhas become unbelievably congested – making a usual drive that should last 15 minutes seem to last forever, a trend in the city according to a recent World Bank study on the city’s traffic congestion.

In large part, the city’s transport challenges are of its own making. In Cairo, 13 percent of the city’s transit is by private car, and cars are everywhere. They are either massively circulating, or parking on the streets, sidewalks, vacant plots, or under the bridges.

There are the taxis — Cairo’s taxis are black or white. I wouldn’t recommend the black ones (except to those who have experienced distances and fares for a while; these black taxis do not have meters to measure the fare). For newcomers, all taxi drivers tend to take complicated routes to your endpoint, under the pretext of avoiding traffic jams; but their real intention is to bump up the fare. “I don’t have change,” many of these drivers will usually say.

Buses, minibuses and microbuses’ fares, which range between 0.5 to 2 Egyptian pounds (US$ 0.07-0.25), are cheaper than taxis. However, their repeated, hasty stops cause lot of traffic disruptions. Inside, the crowded space can create undesirable encounters: pick pockets, unwanted touching, and fights.

Cairo is home to the first (of only two) metro lines in the continent. Because the 1 Egyptian pound (US$ 0.15) metro fare is so cheap, the number of users is noticeably high, but the actual extent of the metro line in a sprawling, huge city such as Cairo is remarkably inadequate. The first and second metro lines cover the northern and southern parts of the city, and the third line is still under construction, with a fourth line planned soon. Although an affordable method of transport, there is still the challenge for people who would like to switch between this mode and other modes of transport. Many do not have access or transportation means to get the closest metro station. The result: Switching between modes (e.g., metro to bus) is not easy to manage.

I have to keep thanking God for surviving this fear that pedestrians encounter every day; it makes every day in Cairo an “adventure” in itself. The accident that weekday afternoon is just one example. Drivers’ behavior, their disregard of pedestrians, and the almost complete absence of traffic lights and signs, makes crossing the street a real challenge. Although above ground and underground passageways for pedestrians exist, I was surprised to notice that people do not rely on them a lot and prefer shortcuts, including crossing directly at the street level, although this is sometimes dangerous. Moreover, street-level pedestrian walkways are not really “walkable”: many are either unpaved or occupied by garbage, cats, dogs, cars, donkeys, or street vendors.

There are additional challenges for women in the city. Walking in Cairo alone as a woman, or as a woman with children, is not an easy experience; threats of safety can make a simple walk for leisure or shopping out of question. Even if we manage to stay safe and avoid the traffic, for women in public spaces, verbal and physical harassment is harder to avoid. No matter how old a woman or a young lady is, no matter whether she is veiled or not, harassment is a strange but regular phenomenon for women in Cairo, and it comes from men of all ages, even those with pious appearances.

As a woman, you could hear anything from a funny flirt to a ruthless name. A random stranger, walking down the street or on his motorcycle or bicycle, could reach out to touch or grab you. In more dangerous cases, you could be followed or attacked.

Fortunately, big complications do not always require big solutions, and it is like that crossing the street in Cairo. For example, the typical greeting “As-Salam Alaykom” (which literary means in Arabic “peace be upon you”) is in Cairo more than a salutation. The gesture that usually goes together with this greeting is raising your right hand up, and it can help you incredibly cross even the most congested street. If you think that you prefer to wait until cars slow down and allow you to cross the street, you will wait forever. Just stare at the cars, raise your right hand a little bit up and walk, cars will miraculously relent and allow you to pass.

Although “sorry for being late, I was stuck in the jam” is always a good excuse in Cairo, traffic challenges make the daily routine a stressful experience, and prevent one from enjoying many leisure in the city. Traffic problems in Cairo do not only need a rigorous planning and strict rules, but at the first place, a sense of discipline and respect between car driver and pedestrian, towards each other’s and towards rules. And to understand that in such case, rules are made for everyone’s safety, therefore they should be respected and not “broken.”

Guest Contributor: Zeina Elcheikh
Zeina Elcheikh, a Masters student in Integrated Urbanism and Sustainable Design, reflects on transportation challenges in the city of Cairo, Egypt.  Zeina has worked as an architect and designer in Syria and researched informal settlements, heritage and tourism in Syria and the Middle East and North Africa region. She completed thesis research in Cairo in September 2012. 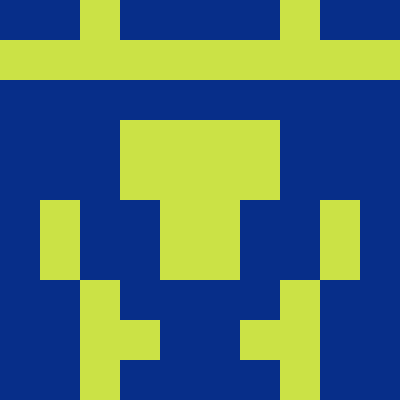 2 thoughts on “Traffic and transport challenges in Cairo, Egypt”

When a major building like Melcom collapses, who is to blame?